Higher interest rates, higher home prices, and greater economic uncertainty continued to weigh on the Houston housing market in December. Single-family sales slipped by a third (32.6 percent) compared to December of ’21. That’s the weakest December since ’15 when the Fracking Bust overwhelmed the market.

Last year (’22) was the first time in three years that the region failed to set a record for single-family home sales. The moving 12-month total peaked at 108,385 in March, trended down all year, and ended the ’22 year at 97,965 single-family closings. 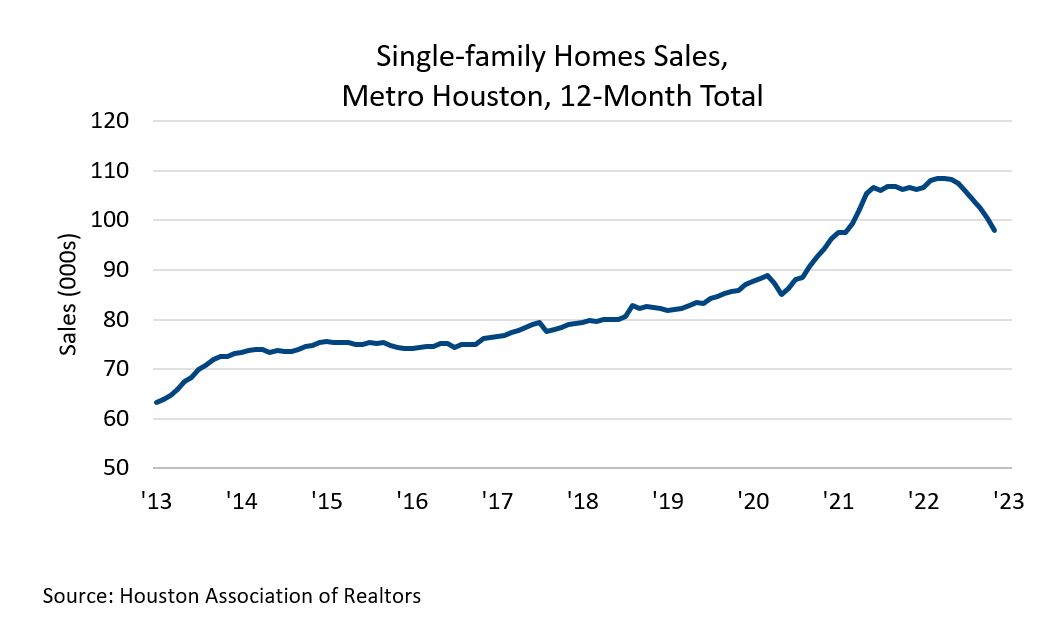 Mortgage rates have eased somewhat. The interest on a 30-year fixed rate mortgage peaked near 7.1 percent in early November and as of mid-January averaged 6.3 percent. The slip has had little impact on sales, though. They continue to trend downward.

For all of ’21 and much of ’22, the market suffered from a lack of inventory. Homes often sold within days of hitting the market. Sometimes they sold the day they hit the market. As interest rates climbed and monthly payments grew more expensive, closings fell, and inventory rose.  From a low of 20,620 units in February ’22, listings of single-family homes, duplexes, condos, and townhomes in the Houston Association of Realtors database climbed to 36,751 in October. Inventory has slipped since, coming in at 33,776 in December. Owners are reluctant to list their homes in a high interest rate environment. If they bought prior to ’22, they likely have a rate under 5.0 percent. If they purchased a new home, they’d face a higher rate and a higher monthly payment. 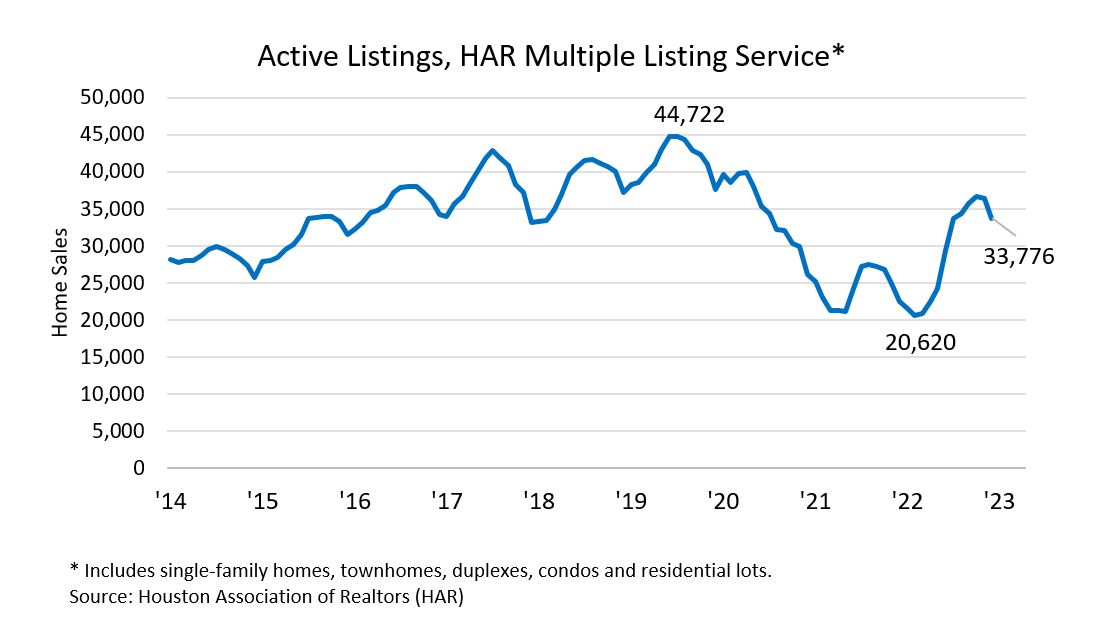 The market is unlikely to see any further improvement in inventory as new listings are falling as rapidly as sales. New listings traditionally fall off in the late summer, but in the latter part of ’22 saw a greater drop than normal. 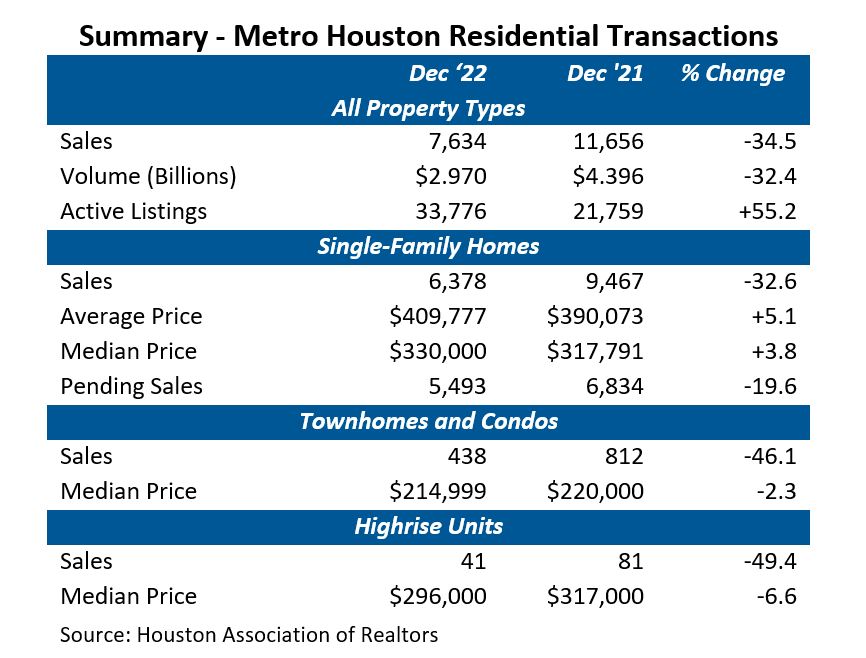 The decline in home sales is likely to continue well into this year. Pending sales of single-family homes at the end of December ’22 were off 27.0 percent compared to December ’21 and 68.1 percent from their March ’21 peak. Pending sales for townhomes and high rises show similar declines. 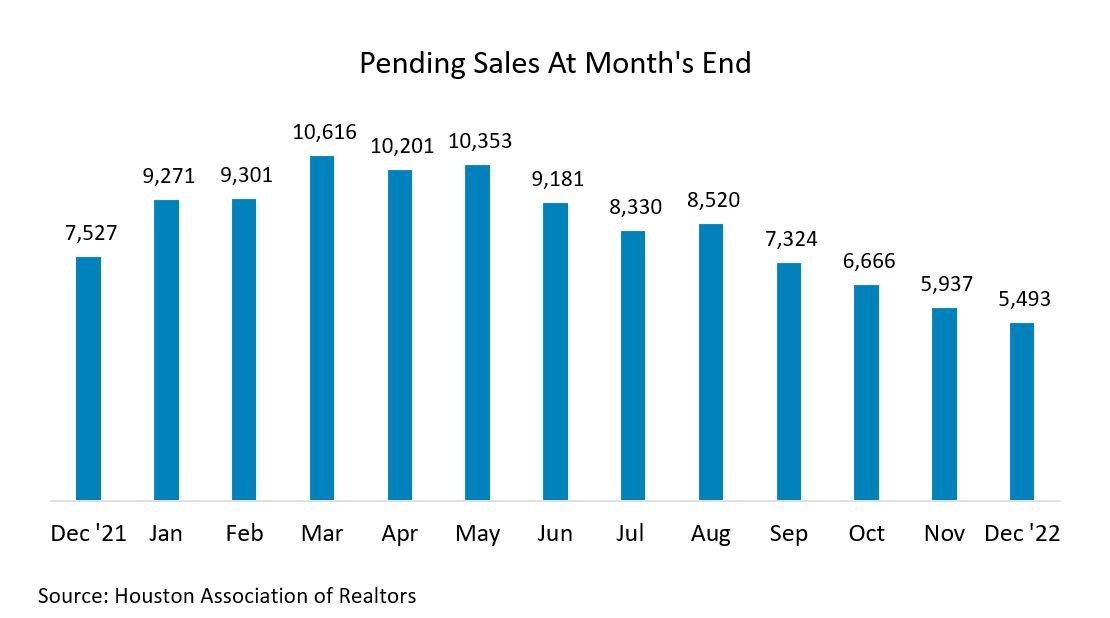 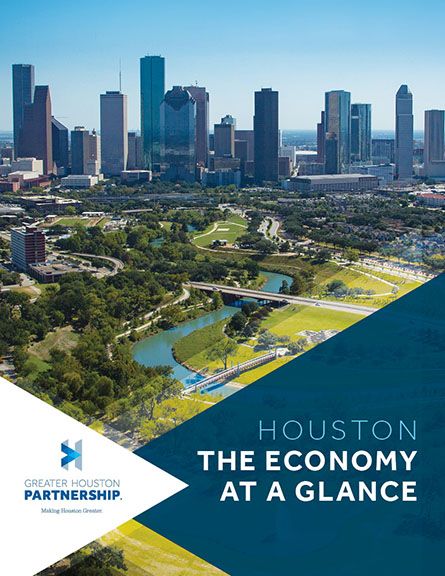 resources
Economy at a Glance

The average price for a single-family home in Houston in December '22.