About
/
Board of Directors
/
Troy A. Villarreal 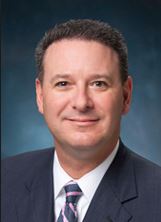 Troy A. Villarreal joined HCA Houston Healthcare Gulf Coast Division as President in June 2016 from Medical City Dallas Hospital, where he had been chief executive officer since October 2013. Before that, he was the chief executive officer at The Medical Center of Plano for five years. Villarreal has a strong history of community service. He is a graduate of Leadership Plano Class 27 and formerly served on the executive committee board, strategic planning committee, and alumni committee of Leadership Plano. He has also served on the board of the Plano Chamber of Commerce as campaign cabinet chair for Collin County and as a member of the advisory board of the United Way of Greater Dallas.

Villarreal currently serves on the Board of Directors for the Greater Houston Partnership, on the Advisory Board of the University of Houston-Clear Lake, on the Regional Policy Board of the American Hospital Association, and as a Board of Trustee for the Texas Hospital Association. Since joining HCA in 1993, Villarreal has been responsible for major facility upgrades, significant growth and increased patient, physician and employee satisfaction at a variety of HCA hospitals.

Villarreal earned his bachelor's degree in psychology at Texas A&M University and master's degrees in health care administration and business administration at the University of Houston-Clear Lake. He is a fellow in the American College of Healthcare Executives.

Villarreal and his wife Coleen have four children - Carson, Jaxson, Hailey, and Greyson.