About
/
Board of Directors
/
Jeff Rinker 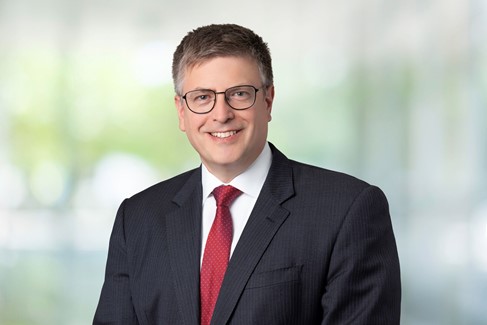 Jeff Rinker was appointed President and CEO of Motiva Enterprises in July 2022. Passionate about developing high-performing teams and empowering them to deliver exceptional results, Jeff brings more than 30 years of downstream and midstream energy experience to Motiva, including leading multiple international organizations.
From 2017 to 2020, Jeff served as Executive Vice President of Downstream and Midstream for Husky Energy in Calgary, Alberta, with responsibility for refining, upgrading, trading, pipelines, and fuels marketing. At Husky Energy, he developed and implemented an optimization-led business model across six refineries and upgraders to deliver improved safety, reliability, and profitability.
Prior to Husky Energy, Jeff served for 11 years in executive-level roles at the Vienna-based integrated energy company OMV, including head of Refining and Petrochemicals at the Petrom subsidiary, head of Downstream Optimization, Supply and Trading, and head of M&A and Corporate Development.
Jeff spent the first 16 years of his career in roles of increasing responsibility at BP. During that time, he held a series of technical and commercial assignments in the US and UK and was tasked with starting up BP’s hydrogen fuels activities. He also served as Chairman of the National Hydrogen Association in the US.
Most recently, Jeff served as CEO of Limetree Bay Energy, where he managed the refining business through bankruptcy and repositioned the terminals business unit as a standalone merchant storage company.
He serves as a member of the board of directors of Motiva. He also serves on the board and executive committee of the American Fuel and Petrochemical Manufacturers (AFPM), the board of the American Petroleum Institute (API) and the board of the Greater Houston Partnership.
Jeff earned a Bachelor of Science in chemical engineering from Carnegie Mellon University, graduating with honors. He has also completed executive programs at Harvard Business School, Stanford University, and Case Western Reserve University.
Jeff and his wife, Andrea, recently relocated to the Houston area. In their spare time they enjoy traveling and hiking together.