Potential Development Could Spur More Economic Activity in The Woodlands 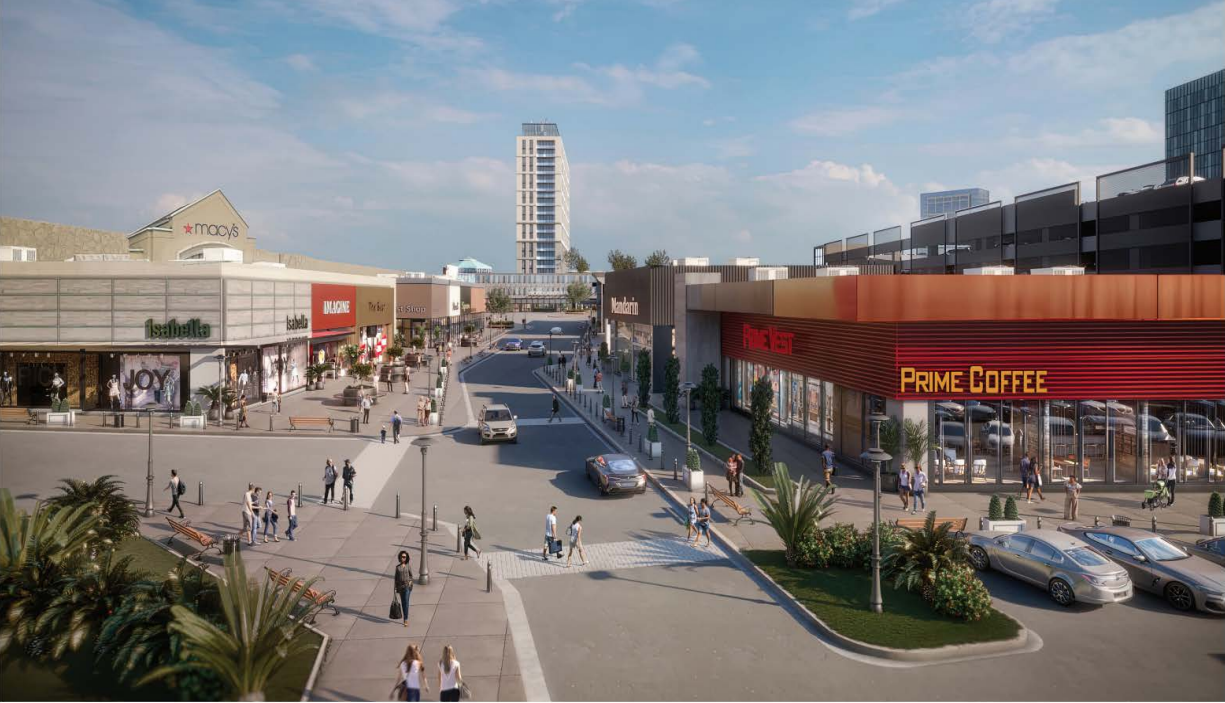 Two new hotels and more shopping could be headed to The Woodlands as the area continues to see growth.

The Woodlands Mall wants to expand with a minimum of 80,000 square feet of new retail space in an open-air, mixed-use commercial area that would also include a full-service hotel with at least 200 rooms, a select-service hotel with at least 125 rooms and a multi-level parking garage. The mixed-use project would be located south of Macy’s near the movie theater and be developed in two phases. The total area encompasses 15 acres. 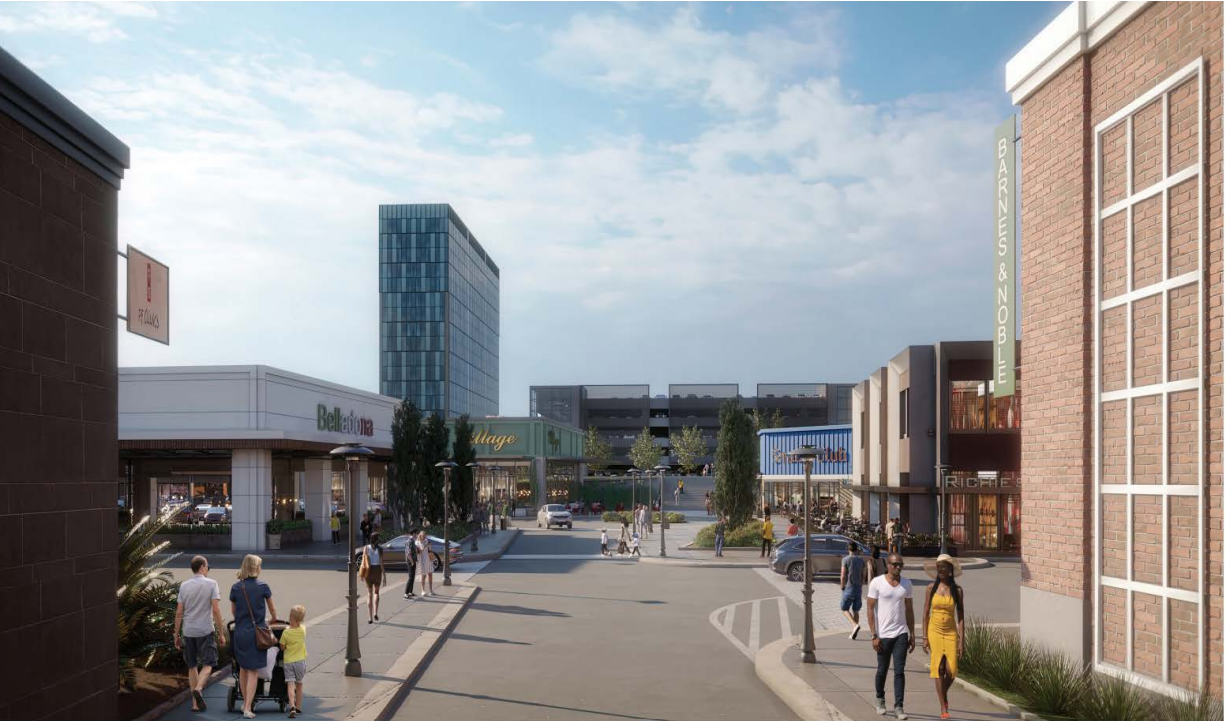 According to documents from The Woodlands Township, depending on the scale of the project, it is estimated to generate anywhere from $180 to $275 million, based over a 30-year term. The range is based on whether the developer decides to build a smaller or larger parking garage. The township would receive more than 70% of the generated revenue and the mall would receive the remainder. The agreement also calls for the reimbursement of the parking garage costs up to $80 million.

The developers have not announced when construction on the project would begin. The Woodlands Mall will decide if and when they will move forward with the plan.

The Woodlands area has recently seen more economic development wins. Cellipont Bioservices recently broke ground on its new headquarters and manufacturing facility in the Research Forest area after announcing earlier this year it was moving from California to Texas. SI Group Inc. also announced earlier this year that it’s moving its global headquarters from New York State to the Hughes Landing complex.

The Woodlands area has seen substantial population growth over the past decade. From 2011 to 2021, Montgomery County’s population grew more than 37% to 648,886 people.

Learn more about Montgomery County's rapid growth, business developments and future plans during the Partnership's Future of the Houston Region event on Dec. 13.

The official opening of downtown Houston’s newest park will mark a key milestone in the ongoing effort to improve the city’s prime commercial district – everyone living downtown will be within walking distance of a park.   Trebly Park is expected to celebrate its official opening early next year, but you may find some activity right now since the fencing is down and holiday installations are up. The park, located at the corner of Leeland and Fannin Streets near Toyota Center, is the Downtown Redevelopment Authority’s (DRA) latest project. The highly anticipated L-shaped green space has been under construction since last year and will include lush garden zones, a central lawn that will be used for events, dog runs, BCycle stations, a bike repair station, and a Tout Suite café. Visitors will also find an inaugural gateway installation by Quintessenz and a playscape titled “Whale Bone Dinner Party,” a six-piece, 7-foot-tall sculpture that will be the centerpiece of the park. Holiday decorations at Trebly Park (Courtesy: Downtown Redevelopment Authority) View of Trebly Park (Courtesy: Downtown Redevelopment Authority) Trebly Park's dog run (Courtesy: Downtown Redevelopment Authority) The new park comes as the southern zone of downtown experiences an increase in residential buildings. In 2021, The DRA said the new park would support the more than 1,700 new residential units developed in that area since 2012.  “Trebly Park implies that the park has much to offer those who visit it in terms of experience with ‘three times as much’ fun, play, interaction, relaxation and deliciousness,” Curtis Flowers, DRA board chair, said in a press release in March 2021. “We also hope the grounds will serve as a ‘third space,’ or communal space, for area residents, students, workers and visitors.” Trebly Park isn’t the only exciting green space project underway in downtown. Jones Plaza in the Theater District is being transformed into the Lynn Wyatt Square for the Performing Arts after the eponymous philanthropist’s $10 million donation. The reimagined block will include a new performing space, a restaurant and a shaded lawn with numerous gardens. Once completed, leaders behind the redevelopment hope it will attract new businesses to the area and reinvigorate the Theater District. Downtown Houston has come a long way since it set on a journey to increase green space. It all started with Discovery Green in 2008, which has since welcomed more than 20 million visitors. You can find events, public art installations, two restaurants and more at the 12-acre urban park.  In 2010, the Houston Downtown Management District, Downtown Redevelopment Authority and the city’s Parks and Recreation Department redeveloped Market Square Park in the Historic District. It was transformed into a destination for visitors and residents with dog runs, central lawn, a plaza for performances and a Houston food staple, Niko Niko’s.  Other downtown parks include Sesquicentennial Park and Allen’s Landing along Buffalo Bayou. Allen’s Landing is named in honor of the landing of the Allen brothers, August Chapman and John Kirby, in Houston in 1836.   Together, these ultra-urban parks and green spaces are helping create a more dynamic downtown district that stretches well beyond the once business-only identity of the city’s core. Downtown today is a destination for the city’s diners and nightlife enthusiasts as well as a more attractive place to live for high-rise dwellers. A recent Houston Chronicle interview with Central Houston President Kris Larson promises more changes are on the horizon.  Learn more about living in Houston.
Read More

How Much Will Houstonians Spend this Holiday Season?

The holiday season is upon us, but amid inflation worries and a potential recession on the horizon, will Houstonians spend as much this year on gifts and seasonal purchases?   Sales totals in the City of Houston are up 13.6% so far this year based on sales and use tax data released by the Texas Comptroller’s Office. However, with inflation up 7.6 percent locally, it’s unclear whether consumers are actually buying more goods or simply paying more for the same items or fewer.   The retail trade association ICSC estimates that consumers will spend 6.7% more this holiday season than last year. The ICSC survey found that roughly 75% of respondents plan to begin their holiday shopping earlier this season and 43% said they’re looking for deals and promotions. A different report from the professional services firm PwC found that 74% of shoppers plan to spend the same or more than they did last year. Overall, consumers plan to spend an average of $1,430 on gifts, travel and entertainment this year, close to what they spent in 2021, according to the PwC report. But that’s up 20% over pandemic spending in the 2020 holiday season.   Houston’s retail market is fairly healthy, having recouped all of the jobs the sector lost in 2020 and opening hundreds of new outlets over the last two years. The metro retail market absorbed more than 500,000 square feet of space in Q3 and absorption year-to-date totals 2.8 million square feet, according to the commercial real estate firm Colliers. Limited available space is helping push rental rates up, climbing 2% over the last year.   Discretionary spending like what occurs during the holidays has a lot to do with consumer confidence. Nationally, confidence has slipped in the most recent monthly reports, thanks in part to recession fears. But Houston’s job growth has proven resilient, with 14,800 jobs created in September, the most recent data available. Thirteen of the 18 major industry sectors in metro Houston tracked by the Texas Workforce Commission had fully recouped their pandemic losses as of September.   While how much Houstonians will buy this season remains to be seen, it’s clear they will be paying more for whatever they purchase. Take the Thanksgiving meal, for example. Turkey and trimmings for 10 to 12 of your nearest and dearest will cost 20% more this year than in 2021, according to a survey from the American Farm Bureau Federation.
Read More

The Future of Texas series features thought leaders shaping our state's future, giving Partnership members the opportunity to engage with these leaders and hear their perspectives on our city and state's most…