Import, Export Traffic Up at Port Houston as Other U.S. Ports Continue to Face Challenges 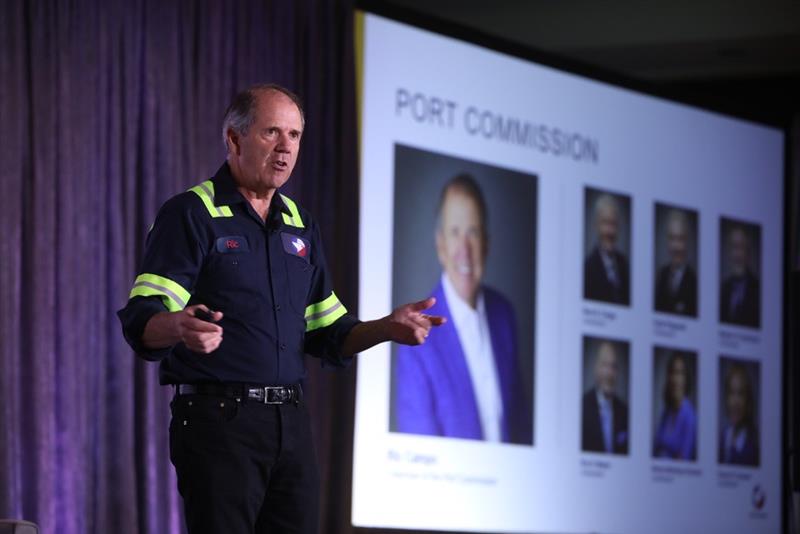 Activity at Port Houston and along the Houston Ship Channel has increased significantly this year, just as work continues to expand the channel itself to manage more volume in the years to come.

Port Houston Chairman Ric Campo and other leaders offered perspective on the trajectory of trade through the Ship Channel and the roughly $1.1 billion in infrastructure improvements during the Partnership’s State of the Port event this week.

"What we are doing at the port today is continuing to build out the infrastructure we need to be successful,” Campo told the audience.

Port Houston and the Houston Ship Channel are among the region’s top assets – enabling international trade and creating opportunities for Houston businesses to connect with customers and suppliers around the globe, said Partnership President and CEO Bob Harvey. “Strengthening our region’s seaports is critical for Houston to ensure we maintain our position as a globally connected city, one that sees 17% of our region’s economy tied to exports and home to the largest container port on the Gulf Coast—Port Houston,” he said.

The Houston Ship Channel contributes more than $800 billion to the U.S. economy and is a critical link to transporting goods and commerce with more than 200 countries around the world. In 2021, the Houston’s port was ranked number one for waterborne tonnage. Port Houston is the top container port in the Gulf.

In order to keep up with the port’s growth, a major widening and deepening project dubbed Project 11 is now underway. According to Lori Brownell, Director of Channel Improvement for Port Houston, the multi-segment project is on schedule and on budget.

Imports have increased 20% since the beginning of the year and exports are up close to 15% over the same period. Those increases come at a time when other ports around the country have experienced declines in traffic due in part to supply chain bottlenecks.

Ryan Mariacher, Director of Container Terminals for Port Houston, said the backlog of vessels waiting to dock at his facilities has decreased considerably in recent months. "The word I would use to describe the supply chain situation is 'progress'...It's not without challenge, but it's not broken and it's improving every day," he said.

Learn more about trade through Houston.