About
/
Board of Directors
/
William Toomey 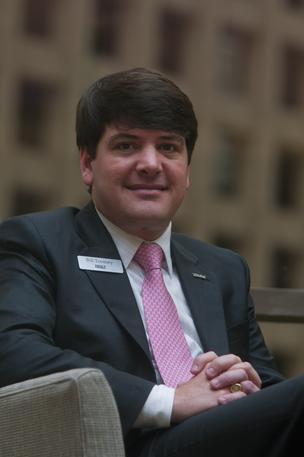 William J. Toomey, II is regional president for the Houston & Central Texas Region at Truist Financial Corporation. He assumed his current position in December 2019, upon the closing of the merger of equals between BB&T Corporation and SunTrust Banks, Inc.

In this role, Toomey is the company's senior leader in the market responsible for delivering the full complement of the company's services to clients in the area and directing the commercial business. Prior to his current role, Toomey served Commercial Lending roles at BB&T in Myrtle Beach, South Carolina, and Richmond, Virginia. He also spent time in BB&T's Capital Markets area in Investment Banking in Richmond, Virginia. In 2008, he became the Baltimore City Executive, and he served in that role until October 2011 when he became the Baltimore Metro Regional President. In January 2013, Toomey was given the opportunity to become the South Texas Regional President to lead the Bank's expansion efforts in Houston, San Antonio and Austin.

Toomey serves as a Board member of the Greater Houston Partnership, a Board member and immediate past president of The Children's Museum of Houston, a Board member of the Houston Symphony and Board chair of the Houston Symphony Endowment and Board of Managers of Grandbridge Real Estate Capital. Toomey received a Bachelor of Science from Hampden-Sydney College, a Master of Business Administration from University of South Carolina, Moore School of Business and is a graduate of the BB&T Leadership Development Program.