About
/
Board of Directors
/
Eric Mullins 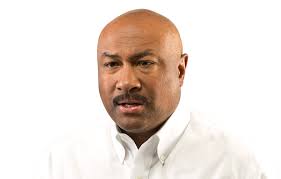 Eric Mullins is the Chairman and Chief Executive Officer of the Lime Rock Resources team and has jointly led the team since co-founding the Lime Rock Resources strategy in 2005. Mr. Mullins oversees all strategic, financial, and operational aspects of the Lime Rock Resources funds. Prior to joining Lime Rock, Mr. Mullins served as a Managing Director in the Investment Banking Division of Goldman Sachs where he led numerous financing, structuring, and strategic advisory transactions for public and private E&P companies in the division’s Natural Resources Group. He spent the last 10 years of his 15-year career in Goldman Sachs’ Houston office. Mr. Mullins serves on the board of directors for ConocoPhillips and Valero Energy Corporation. He is also on the board of trustees of the Baylor College of Medicine. He is a graduate of Stanford University (A.B.) and the Wharton School of the University of Pennsylvania (M.B.A.).