About
/
Board of Directors
/
Welcome W. Wilson Sr. 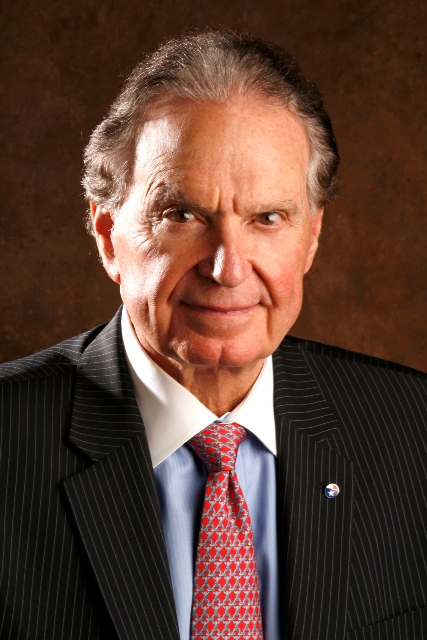 Welcome Wilson Sr. has been a Houston, Texas Real Estate Developer for 63 years. Mr. Wilson serves as Chairman of Welcome Group LLC.
Mr. Wilson’s First projects in the 1950s and 1960s were Master Planned Communities, Jamaica Beach and Tiki Island in Galveston County, both of which are now separate cities. He later developed apartments, retail centers, hotels, and three downtown office buildings.
Welcome Wilson Sr’s Honors include: Induction into the Texas Business Hall of Fame, Receiving the Lifetime Achievement Award from the Houston Business Journal and Award of an honorary doctoral degree from the University of Houston, where he received his Bachelor of Business Administration Degree in 1949.
Of note, Mr. Wilson received the University of Houston (UH) Distinguished Alumnus Award in 1970, the UH Bauer College of Business Distinguished Alumni Award in 1996 and the Distinguished Alumni Award from the University of Texas – Rio Grande Valley in 2018.
In the past, Welcome Wilson Sr. was Chairman of the Board of two Houston banks, was Chairman of an American Stock Exchange company. He previously and owned 10% of the Houston Astros baseball team and was on the Board of Directors. In March 2019, Mr. Wilson celebrated his 92nd birthday.
Welcome Wilson Sr. was a long-time Chairman of the Board of Regents of the University of Houston, Chairman of its Drive to Tier One Status, and he is now Chairman of its Political Action Committee. Mr. Wilson is a Director Emeritus of the Greater Houston Partnership, having served a long time as its Higher Education Committee Chairman.
In the 50s and 60s, Mr. Wilson served in the Executive Office of the President under Presidents Dwight Eisenhower and John F. Kennedy (Civil Service rank of GS-17). He witnessed the Atom Bomb test in Nevada and the Hydrogen Bomb test at Bikini Atoll in the Pacific.
In 1958, Mr. Wilson was awarded the Arthur Fleming Award as One of the Ten Outstanding Young Men in Federal Service. Out of 600 who received this award since 1948, Wikipedia lists him as one of the “Notable Twenty” along with Astronaut Neil Armstrong (moon landing), Defense Secretary Robert Gates and Fed Chairman Paul Volcker.
Welcome Wilson Sr. was invited and spoke to a joint session of the New Mexico Legislature. He was appointed Special Ambassador to Nicaragua by President Lyndon Johnson. After World War II, Mr. Wilson served for two years as a Naval Officer in Japan, having graduated first in his class in officer’s school.
Welcome Sr. married his college sweetheart, Joanne Guest, on the day he graduated from the University of Houston, 70 years ago. They have 5 kids, 16 grandchildren, and 16 great-grandchildren, one of whom is in college.