About
/
Board of Directors
/
Vicki Hollub 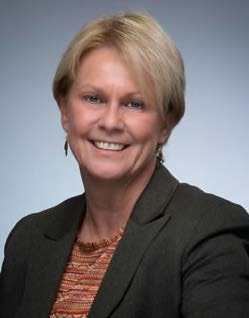 Vicki A. Hollub is President and Chief Operating Officer of Occidental Petroleum Corporation where she is responsible for worldwide oil and gas operations, as well as the company’s chemical and midstream operations. Occidental is an international oil and gas exploration and production company, and one of the largest U.S. oil and gas companies based on equity market capitalization. Ms. Hollub brings nearly 35 years of experience to her current role at Occidental, having previously held a variety of management and technical responsibilities on three continents, including roles in Russia, Venezuela, Ecuador, and the U.S. She assumed this position in December 2015, following her promotion earlier that year to Senior Executive Vice President, Occidental Petroleum Corporation and President, Oxy Oil and Gas. Ms. Hollub was elected to the Board of Directors in 2015. In 2014 she was appointed Executive Vice President of Occidental and President, Oxy Oil and Gas • Americas, where she oversaw operations in the U.S. and Latin America. Prior to that she served as Vice President of Occidental and Executive Vice President, Oxy Oil and Gas • U.S. Operations. She also served as Executive Vice President, California Operations, and President and General Manager of the company’s Permian Basin operations. Earlier in her career, Ms. Hollub led geoscience and engineering teams at Occidental’s Hugoton properties, and helped develop the company’s Midcontinent business unit. Ms. Hollub started her career in 1981 at Cities Service, which was acquired by Occidental. She holds a B.S. in Mineral Engineering from the University of Alabama.