About
/
Board of Directors
/
Roberto Contreras 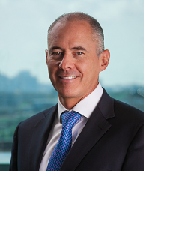 Roberto Contreras is Chief Executive Officer for St. Christopher Holdings, LLC. (SCH), a privately-owned holding company based in Houston, Texas. Since its founding in 2009 SCH has invested over $50 million in multiple companies. Mr. Contreras also serves as President and Chief Executive Officer DC Partners, a SCH real estate development company. DC Partners was formed in 2010 for development of luxury residential high-rise, mid-rise, mixed-use and suburban projects. Since 2012, DC Partners' portfolio includes over $1 billion in high profile developments such as Astoria, Arabella, and Marlowe high-rise residence towers. Current construction projects include, The Arts Residences at Thompson San Antonio hotel along the historic River Walk; and The Allen, a six-acre mixed-use development featuring Thompson Houston hotel, Residences at The Allen, a retail and dining pavilion, and a world-class office building situated along Buffalo Bayou Park.

Before forming DC Partners, Contreras begin his career in the stone and surfacing industry. At the early age of 23, he founded his first company, Super Marble, a custom marble fabrication shop in Houston working with many high-profile restaurants, custom home builders, and notable projects including the Holocaust Museum, Moody Gardens, and Houston International Airport. This began his trademark entrepreneurial spirit. In 1995, he and his father founded, Technimar Industries, Inc, which later sold to the Davis family and became Cambria. In 1998, Contreras turned his focus to his next venture, Cosentino USA. As the sole US distributor of Spain-based Cosentino products, they were the first to introduce Silestone to the US market. Cosentino USA became an industry leader with over $350 million in sales, which included national builders and retailers such as Lennar Homes and The Home Depot, and operated 17 large distribution warehouses and 11 company-owned fabrication shops, including Stone Systems. Contreras sold the company to Cosentino, S.A. of Spain in 2009, where he remained the CEO through 2010 transition. At that time, he formed St. Christopher Holdings to include his various business ventures. However, as his interests in real estate development projects expanded, so did a return to his entrepreneurial vision for the stone and surfacing industry. Recognizing a need for high quality fabrication and avant-garde materials, such as the large format porcelain, he formed Stonite Surface in San Marcos, Texas, and Moderno Porcelain Works in Houston, Texas, and Sunrise, Florida, in 2019.

St. Christopher Holdings and companies are dedicated supporters of various community and non-profit organizations. Among those, Contreras is an active member of the Buffalo Bayou Partnership Board, the City of Houston Mayor's Hispanic Advisory Board, the Harris County Sheriff's Office Foundation and the World Presidents' Organization. Additionally, he serves on the board of Prepared-4-Life's Lemonade Day Houston and as a Trustee for the KIPP Academy. In 2017, Contreras was awarded the "Arrival Award" by the University of Houston Law Center recognizing outstanding immigrant achievement. He has received national and international recognition for his business accomplishments, including Ernst & Young's Entrepreneur of the Year Award in 2002; Time Magazine's award to Cosentino product Silestone as one of the Visions of Tomorrow in 2004; and in 2005 Cosentino was recognized by Inc. 500 as one of the 500 fastest-growing private companies in the United States. DC Partners developments Marlowe and Arabella were both finalists for the Houston Business Journal Awards in 2019, with Arabella receiving the top honor for most outstanding multi-family development.

Contreras was born in Mexico and moved to the United States in 1984 as a student at the University of Houston and became a United States citizen in 2008. He and his wife, Claudia, reside in Houston, Texas.